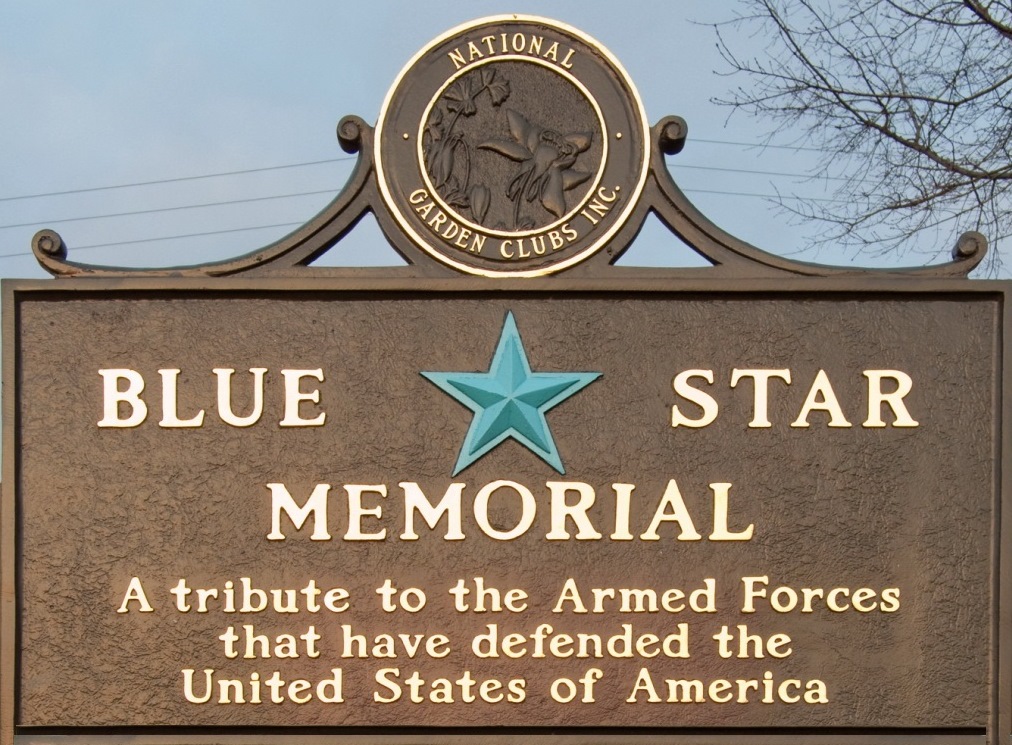 The Blue Star Memorial Program honors all men and women who served in the United States Armed Forces.   The program began in New Jersey in 1944 when 8,000 dogwoods were planted as a living memorial to veterans from World War II.  In 1945 the National Council of State Garden Clubs adopted the program and began a Blue Star Highway system that covers thousands of miles across the Continental United States, Alaska, and Hawaii.

Today the program has expanded to include all men and women who have served, are serving, or would serve in the Armed Services of the United States.  Memorial Markers and By-Way markers were added to Highway Markers to be used at locations such as National Cemeteries, Parks, Veterans Facilities, and other Public Buildings.

The Council also invites members of the public to join with them in honoring those who have, and those actively servicing us bravely.